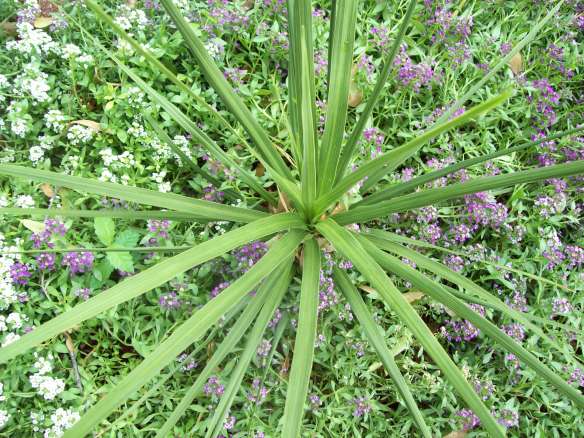 There was once a young man who knew he was uniquely beautiful. In fact, he was so beautiful that each day the Sun stopped as it climbed the morning sky just to peek into his bedroom window and catch a glimpse of his sweet countenance. Doing so, the Sun would blow in a kiss which landed on the young man’s cheek in the form of a sunbeam. If the young man woke with a smile, the Sun would shine forth brightly all day long. But, if not, the Sun would pull a cloud over its face to hide behind and cry.

At night, the Moon roamed the evening sky with all the stars tagging along behind, hoping to catch a glimpse of this beautiful young man. Occasionally it was too dark  even for as brilliant a celestial body as the Moon to find the young man walking in the shadows of nighttime. So, on such a night, the Moon might throw a star across the sky to cast light into the darkness and help to reveal the young man’s whereabouts. If the Moon found the young man, it would swell with pride and happiness and grow to twice its normal size: as round as a pumpkin and as large and bright as a thousand stars altogether. But, if the young man could not be found, the sad Moon would shrivel up to a mere sliver of its normal size, and vanish into the blackness for a time.

Now, this young man made a place for himself as the prized fixture of a magical garden. The garden was the playground and infrequent retreat of a beautiful and benevolent Mistress, who left the young man in charge while she was away taking care of things. Wherever he walked, moss grew on the ground before him to cushion his feet and the Wind reached its fingers out to sweep his fine hair from his eyes while he worked. The garden did not require much tending, so there wasn’t much to occupy him of that sort of work; just the complimentary attendance of his presence and the inspiration of his visage. And so, his primary occupation was just this: to be himself. And, in this way, his days were spent sharing his beauty with everything around him. Occasionally he made up songs for the birds to sing or corrected the length of shadows. Sometimes he arranged the flowers and always he encouraged the trees to be strong.

Day after day he lived in the garden and was quite satisfied with his place there. As he walked in the peaceful serenity of natural beauty he frequently paused here or there and posed so that if by chance a passing stranger might happen to take notice of his whereabouts, he would surely be compelled to stop in wonder at the sight of the young man even more beautiful than his surroundings. Daily, he practiced just the right bend of his knee, just the right tilt of his head so that his face would catch the sunlight at just the proper angle to reveal his greatest assets.

Fully aware of the astonishing greatness of his own beauty, the young man practiced the appearance of nonchalance so as not to frighten off his admirers; and, he practiced modesty, although he had to admit he simply could not master this. Mostly, he concerned himself — year after year after year — with preserving his own beauty.

The practice of being himself necessitated maintaining his youthful form, so as the years passed he had to adjust his habits to carry off the illusion of his youth. The young man spent many hours every day by a deep, clear reflecting pool in order to examine his appearance, his carriage, and to monitor the poses that he worked at so diligently. Unfortunately, because he could only see himself in the reflecting pool by bending over, this had the regrettable effect of creating many poses in his repertoire which required of him a bent-over posture. The young man justified this outcome by imagining how effortlessly agile he must appear when after assuming one of these positions he then gracefully straightened himself upright. But, over the years, the result of spending so much time leaning over the pool had more of an effect of altering his youthful appearance than anything else, and he gradually developed a slightly hunched-over shape — of which he was completely unaware, since he could only see himself while leaning over the pool.

The years passed and the constant work of maintaining himself became exhausting to the young man. His muscles ached from the poses and his knees creaked every time he bent over the reflecting pool. It was an increasingly difficult chore to be himself, and that was only relieved by falling asleep. And so, he developed the practice of appearing here and there with his dazzling smile, every lock of hair in place, posing in case anyone should see him, by refreshing himself with brief naps that he stole throughout the day. He would suddenly materialize as if out of nowhere, practice being himself, and then, as quickly as turning off a light, he would disappear into the shadows of a nearby glen for a nap.

On a certain day, the Mistress came for the enjoyment of the garden. How distressing it was to him to know that at any moment he might see a look of disappointment on her face–not for some lack of beauty within the garden or himself, but because she might witness him grow tired and mistake that tiredness for disinterest or boredom or weakness. What would happen then? Might he become acquainted with her anger? Might she banish him from the garden forever?

Up and down the lanes they walked together that day, taking in all the beautiful sights and sounds and smells. As was his custom, the young man stopped along the way to present another aspect of his charm to the Mistress of the garden, and she did not withhold her delight. But, as the young man had feared might happen, fatigue overcame him so that he had no choice but to lie down for a moment and let sleep take him from her company. Frightful dreams plagued his unconsciousness. But, when he roused himself, his head was cradled in the Mistress’s lap, whose face shone with amusement.

“Is being yourself so tiresome,” she asked, “that it puts you to sleep?” The young man looked away, fearing an awful judgment. “Oh, give me a smile,” she laughed. The young man summoned every ounce of his energy, determined to give her a smile that she would never forget. Then, before his very eyes he saw her transform into the Sun and the Moon and the Stars altogether. A great swirling cosmic Wind swept her up into the clouds, and in his good ear she whispered, “So sleep!” A shower of silver stardust and golden sunbeams fell over the young man and the Wind gently rocked him into a deep and sound and peaceful sleep. And he is sleeping to this very day.